Compare prices on car hire in Helsinki Airport from all the major brands and find the best deals. When you book through us, unlimited mileage and insurance are always included in the price given. 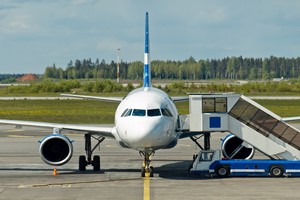 Helsinki-Vantaa Airport is 19 km north of central Helsinki , 5 km from Vantaa.There are buses between the airport and Helsinki, which takes about 40 minutes. There are 5 car rental company at the airport located in the hallway between the terminals. These are Avis, Budget, Europcar, Hertz and Sixt. In 2008, 12,589,400 passengers visited Helsinki Airport is the largest in Finland .From Helsinki can fly directly to 120 destinations around the world, it is the airport that has the second highest number of destinations on the map in Northern Europe. It was built in 1952 for the Summer Olympics. It is headquarters for Air Finland, Finnair, Blue 1 and Finncomm Airlines and has a national and an international terminal. Helsinki Airport has a very good selection of cafes, restaurants, bars and shops. Other amenities include a pharmacy, wireless internet, children’s play area, conference center and tourist information. There are two hotels at the airport, the Scandic Gateway Hotel and the Hilton Helsinki-Vantaa Airport Hotel.