Compare prices on car hire in Finland from all the major brands and find the best deals. When you book through us, unlimited mileage and insurance are always included in the price given. 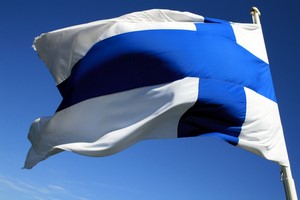 Finland (5.2 million inhabitants in 2009) located in northeastern Europe, bordering Norway, Sweden and Russia .The country has maritime border with Estonia in the south, and the coastline of the Baltic Sea, Gulf of Finland, Gulf of Bothnia and Bothnian Sea.

Finland has more than 60,000 lakes, and is therefore called “the thousand lakes”. Northernmost part of the country –   Lapland – extends beyond the Arctic Circle.The landscape in Finland consists of large forest areas, clay plains, Arctic thickets and swamps. Highest peak – Halti – located 1,324 m above sea level – is located in the northwest.

Finland has both maritime and continental climate – mild summers and cold winters. Lapland is the coldest area.

The capital Helsinki (Helsinki) has 580,000 inhabitants (2009), and is located south of the country in the Gulf of Finland.Helsinki is an important port city and has many tourist attractions and sights. Best known is perhaps Suomenlinna – one of the world’s largest coastal fort that was begun in 1784. The fort is listed on UNESCO’s World Heritage List. Otherwise, the city parks, museums, opera, theater and good shopping.

From Helsinki there are ferry connections to suchEstonia , Germany, Poland and Sweden.

Helsinki Vantaa Airport is Finland’s largest international airport – and is located 19 km north of the capital.

When you rent a car through us in Finland, you are guaranteed a low price, since we compare multiple companies. Some of the companies we compare in Finland, Avis, Budget, National, Alamo and Europcar.