Compare prices on car hire in Jyväskylä from all the major brands and find the best deals. When you book through us, unlimited mileage and insurance are always included in the price given. 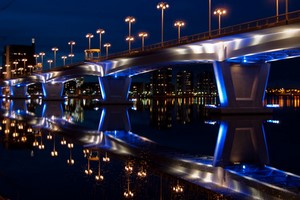 Jyväskylä (128,000 inhabitants in 2008) lies in Mellersta Finland – specifically the center of the southern part of the country, at the northern end of Finland’s second largest lake – the 120 km long Päijänne.One of the major attractions of Jyväskylä is a trip with the steamboat on Päijänne.

Jyväskylä was granted city status in 1837, so it has little of the old architecture to show off. More later, functionalist-like buildings – designed by the country’s world-famous architect Alvar Aalto – is scenic.

Otherwise, Jyväskylä primarily known as an important skoleby – where the most famous educational institution is Jyväskylä University, which has 7 faculties.

The city has otherwise focused much on art and culture, and every summer held Jyväskylä cultural festival, which is the oldest summer festival in Finland.A number of other festivals and events taking place here.