Compare prices on car hire in Pori from all the major brands and find the best deals. When you book through us, unlimited mileage and insurance are always included in the price given. 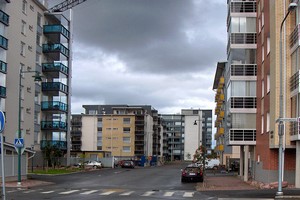 Pori (Swedish: Björn Borg) is located west of the southern part of Finland – where the river Kokemäenjoki (Swedish: Kumo River) flows into the Gulf of Bothnia.The town has 76,641 inhabitants (2009) and is the most important urban center in the landscape Satakunta (Swedish: Satakunda). Pori is also a major port city, where the export of timber and timber products is the main activity.

Pori was founded in 1365, and the Finland 3 oldest city. After a major fire in 1852, the entire center omregulert and rebuilt. Among the architectural sights of the city is more neo-Renaissance buildings along its banks – and Keski-Porin kirkko (Centrala Björn Borgs kyrka) in the Gothic Revival style around. 1860.

Each summer in July is one of the world’s most famous jazz festivals – Pori Jazz – held here. Otherwise, the Pori Theater, Pori Art Museum and Satakunta Museum of important cultural institutions in the city.

When it comes to leisure, the central park area Printer island – the beach – especially mentioned. Moreover, we find Finland’s most famous beach near Pori – by Ytterö.

Airport Pori Airport is located 2 miles south of downtown.It is first and foremost a local airport – but with daily flights to the capital Helsinki.