Compare prices on car hire in Savonlinna from all the major brands and find the best deals. When you book through us, unlimited mileage and insurance are always included in the price given. 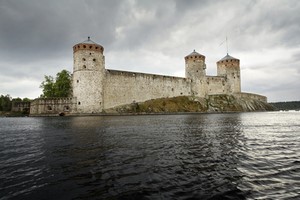 Savonlinna (Swedish: Savonlinna), which has 27,746 inhabitants (2009), lies in Southern Savo – in the southeastern part of Finland .The distance to the Russian border is less than 70 km. The city was founded already in 1639 – and the center is located in scenic surroundings on several islands in the strait between lakes Haapavesi and Pihlajavesi.

The city’s most famous attraction is the medieval castle Olavinlinna (Swedish: Olof Borg). It was built by the Swedes in 1470’s, and every year since 1967, the internationally renowned Savonlinna Opera Festival has been held here. In addition, the courtyard, the site of an annual ballet festival.

Another major attraction in Savonlinna is steamboat traffic on all the lakes that are interconnected in the vast Saimaa system. In summer you can travel on board of one of the steamers – and one can also play in one of the many activities the city and its surroundings have to offer: Canoeing, fishing, swimming, golf etc. In winter, the two ski resorts just outside Savonlinna very popular utfartsmål.

Barnefamiler on holiday in Savonlinna often choose also an excursion to the activity center Kesämaa Aqua Park, located 30 km southeast of the city – in Punkaharju. Otherwise, Savonlinna since 2000 has been fixed arrangørby for a very special championship – World mobile phone throwing!

Savonlinna Airport , 15 km north of the city, is a local airport with regular flights to Helsinki .