Are you planning on renting a car while you visit Lyon? Not to worry, there are several car rental options you can opt for in the city. Many of the car hire agencies are affordable and offer an easy application process. In fact, you will find many of these agencies right at the airport. Renting a car gives you the opportunity to easily explore the city at your pace. It also offers you enough privacy to completely enjoy your trip. 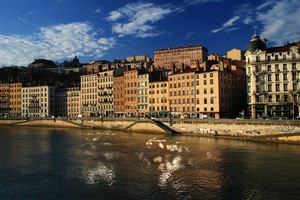 The large economy is due to the fact that the city is home to the headquarters of many large companies such as Groupe SEB, Descours & Cabaud, Sanofi Pasteur, Norbert Dentressangle, and Renault Trucks to name a few. The city also has a very solid educational infrastructure having over twenty-nine universities and higher education institutions, with several primary and secondary schools. In addition to its vibrant economy, Lyon has a very diverse culture that encompasses several aspects of human life. Some of the aspects of cultures you will observe in Lyon are:

There are several places you can visit while in Lyon; you should consider some of our suggestions if you do not already have them on your list. The first site on our list is the Ancient Theatre of Fourvière. The grand theatre was erected in 15 BC and has a unique circular architecture that makes it a major tourist attraction in Lyon. The theatre enthralls its visitors with dance, circus, theatre, and music related performances during the yearly festival of Nuits de Fourvière, which takes place from June to July.

If you love history, you will find the Musée Gallo-Romain de Lyon-Fourvière interesting. The museum enlightens visitors with displays of archaeological artefacts, such as inscriptions, sculptures, jewellery, and unique objects. Another site is the marvellous Aquarium de Lyon. This aquarium takes you on an aquatic journey of the ocean environment displaying over 300 species of fish in more than 45 tanks. Visitors flock to this site to feast their eyes on the ravishing splendour of more than 5000 fishes. The aquarium also entices visitors with its breathtaking interiors including artificial shipwrecks and other creative decorations.

After successfully booking a car, you can explore different cities in order to get good views of the area. This is one of the advantages of renting a car. You are given wider options to explore while at your own convenience. You can start exploring by taking your car to Neuville-sur-Saône. This place is a settlement in the City of Lyon in the eastern region of France. The city is 15km (9.3 miles) north of Lyon. It is home to several notable individuals such as Jacques Chauviré and Adrien Ducrot et Ambroise Pauffert.

If you would like to explore more you can choose to visit Saint-Romain-de-Jalionas which is 43.5km (27miles) east of Lyon. The city is a commune in the Isère department in southeastern France, in the Rhone-Alpes region. It is also the home of the archaeological remains of a Gallo-Roman villa. On visiting this site, you will notice that it is an old settlement with a blend of the new age. The combination of the two timelines presents the perfect condition to get a feel of history with the consciousness of the present.

If you are still up to the task, you can also add Tignieu-Jameyzie to the list of areas you will be visiting. The area is 41 km (26 miles) west of Lyon and it is very simple with just over 2000 residents. While you visit Tignieu-Jameyzie, you can check out the church of Saint-Antoine which is known to be one of the oldest structures in the entire region.

We would not have done justice to this list if we did not mention Villefranche-sur-Saone in the list somewhere. Just 36.4 km (23miles) north of Lyon, the area has a very healthy economy that encompasses wine-trading, textiles, metallurgy, and chemicals. The town is also heavily involved in sport and has its own football team, FC Villefranche. An amazing edifice that will catch your attention is the Church of Notre-Dame des Marais. The construction of the church started at the closing of the 14th century and took close to two centuries to complete.

There are several airports accessible to the city of Lyon and the major one is Lyon-Saint Exupéry Airport. This is the international airport of Lyon and is considered to be the third biggest in France. It lies at 20 km (13 miles) southeast of Lyon’s city centre. With three terminals, the airport effectively serves both local and international passengers from different parts of the world. Although, the third terminal has been converted to basic facility use.

You can find several car rental options as soon as you arrive at the terminal of the airport. Some of these rental options are Europ Car, Avis Cab, and Thrifty. People often visit Athens, Dublin, Moscow and Casablanca (Morocco) from the Lyon-Saint Exupéry Airport. Another popular airport is the Alpes–Isère Airport. This airport is just 71 km (44miles) of Lyon-Saint Exupéry Airport and currently seas a volume of over 450, 000 passengers in a year.

Alpes–Isère Airport also has several car rental agencies that you can hire a car from. Many of these agencies are in the airport and some of these include Hertz and Sixt among others. The process of renting a car is fast and easy, in fact, many of them allow visitors to hire online. Meanwhile, passengers often have seasonal visits to Guernsey, London, and Bristol from the airport.

Generally, Lyon has a well-connected road network, largely due to the fact that the city is a commerce hub for different industries. The city is at the centre of a dense road network and is located at the meeting point of several highways. For example, the route connecting A43 to Paris and the route connecting A6 to Marseille. You can also find the city on the route that connects A47 to Geneva and A6 to Grenoble.

Generally, the speed limit in Lyon is 70km/h (40mph) even on highways. This was formerly 90km/h however, it was cut down to reduce exhaust fumes from cars and increase the air quality in Lyon. By following this limit and following basic driving rules, you shouldn’t have an issue. Driving in Lyon is not hard and might not be completely different from what you are used to.