Compare prices on car hire in Bottrop from all the major brands and find the best deals. When you book through us, unlimited mileage and insurance are always included in the price given. 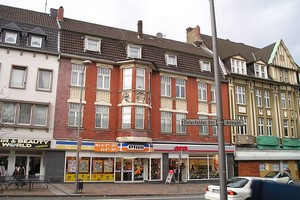 Bottrop is located far north of the Ruhr district in the western part of Germany , and belongs to the state of North Rhine-Westphalia.The city lies on the River Emscher, and has about 120,000 inhabitants (2007).

Bottrop is an important railway junction, and is known for its coal mining – which began in the 1860s. The city has several attractive cultural and leisure facilities, including Bottrop Alpine Center – which has the world’s longest indoor ski slope.

One of the city’s landmarks is the tetrahedron, the 50-meter-high steel structure from 1995.

Other tourist attractions in Bottrop are: City Hall from 1910, several historic churches – including Martinskirche from 1884, Movie Park – movie and entertainment park for the whole family and Schloss Beck – a baroque palace from the 1700s – which today is run like a small amusement park.

The city has also many museums, including Josef Albers Museum, with art exhibitions and local history exhibits. In addition, there are several parks and recreation areas, shopping and more nightlife venues.

The nearest airport is Düsseldorf International Airport , which is located 46 km south of Bottrop.