Compare prices on car hire in Tangermünde from all the major brands and find the best deals. When you book through us, unlimited mileage and insurance are always included in the price given. 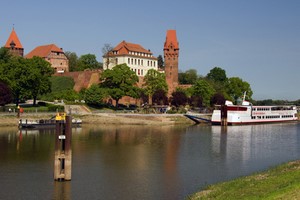 Tangermünde is a small town with about 10,000 invite organize (2008), located in the northeastern German state of Saxony-Anhalt – where the rivers Elbe and Tangier meet. The town is first mentioned in written sources in 1009 – and was later a member of the Hanseatic League.

Tangermünde is primarily known for its unusually well-preserved medieval architecture – including the almost completely intact city wall from the 1300s. Among the other attractions we find the 1300-century castle Burg Tangermünde (also called Schloss Tangermünde), the beautiful town hall from 1430 (Rathaus Tangermünde) – as well as churches, St. Elisabeth-Kapelle (Salzkirche) from the 1400’s and St Stephanskirche, where the oldest part is the 1188.

In the old city (Altstadt), there are also many fortified towers, the most famous is the unique – 24 meters high – Eulenturm. The bottom part of this was built ca. 1300, while the upper part (with the octagonal shape) was added in 1460’s.

There are also many exciting museums in Tangermünde, which together document the various aspects of its history.