Compare prices on car hire in Waiblingen from all the major brands and find the best deals. When you book through us, unlimited mileage and insurance are always included in the price given. 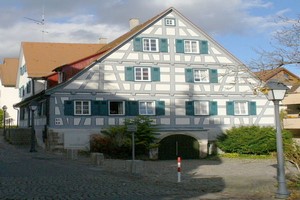 Waiblingen is located in the southwest corner of Germany – in the state of Baden-Wurttemberg.It has approx. 53,000 inhabitants (2008), and has had city status since 1250 Most of the old city center was destroyed during the Thirty Years War (1634), but was then rebuilt in the period 1640 to 1700. “New” Waiblingen is very well preserved – and is today a major tourist attraction.

Of the buildings that were damaged, especially the city’s original fortification mentioned. It includes a city wall and several gate-tower, where Hochwachturm and Beinsteim Torturm is the best known. Also, the city’s main church – St. Michael – is considered among the most important sights. Among the surviving buildings from the 1600s, a number of beautiful half-timbered houses – including the city’s old town hall – which make up a unified architectural environment. Otherwise, the historic park Waiblinger Apotheke-Garten with Nikolauskirche well worth a visit.

One attraction of much more recent date is Marktdreieck (built in the years 1974 to 1976), and as such houses the city library.This building is a modernist eye in the middle of the historic architecture.