Are you planning your next vacation to the city of Athens, and you need a car hire service for your stay? No need to worry because you will find a wide range of car rental services in the city. And, most of the car rental companies are located at the airport or close-by and in most cases, to rent a car is straightforward and easy. Also, you can rent a car online at any of the car hire sites available. 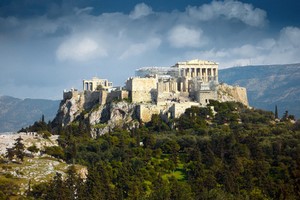 The City of Athens is an amazing destination to visit. This is the capital city of Greece, and it was the heart of ancient Greece. In this city, you will find ancient landmarks and buildings from the 5th century including the Acropolis. It is considered to be the largest city in Greece and it is one of the world’s oldest cities. Athens is known to contribute greatly to the GDP of the country as it is one of the most visited cities in Greece. The city is popular for its cultural heritage, hospitality, and the 2004 Olympic Games. Other cities near Athens include Lamia, Sparti and Aiyion.

With a population of over 3 million people, Athens is arguably the most populated city in Greece. You will get to enjoy incredible street life and entertaining music in this city. Athens has one of the best weather conditions among European cities (with a record high of 44°C in June being the hottest, and 10°C in January being the coldest month). The City of Athens is known for its historical feats in the ancient Greece empire, and it still maintains its interesting traditional features. The city also offers one of the best living conditions in Europe.

Particularly, in 2004, the entire world switched its focus to Athens for the Olympic games that inspired an incredible makeover of the city. Because of the big event, some notable amenities were developed such as the building of fresh sports facilities and venues. One of the most notable facilities was the stadium designed by Santiago Calatrava. It did not stop there as the city underwent huge transportation infrastructure improvements, which includes the expansion of public transportation. And, in addition to that, a new international airport was developed in the city.

Athens is believed to hold a special place when it comes to the history of Western civilization. The city certainly has a lot to offer in terms of historical events, which includes famous battles and the like. Also, in Athens, you will find man-made and natural structures that are sure to make your visit a memorable one. From the beautiful beaches to different historical monuments from the ancient world. Additionally, you will find interesting parks and natural scenes to visit such as the National Garden, Rizari Park, Pedion Tou Areos, Filopappou Hill and so on.

The city of Athens has several exciting spots you can visit with a rental car. Take a trip to the Athens Central Market, a place full of excitement, people, and food products located in the heart of the city. Athens Market is a place you cannot miss as it is one of the most popular places in the city. Typically, it will take you an estimated 35 minutes to drive from the Athens International Airport, and the estimated distance is 41.3 km. Of course, driving from other locations will take more or lesser time to reach the market.

Also, you can visit the oldest neighbourhood in the city, Plaka. And, it is arguably the most beautiful place in Athens. Get ready to be captivated by the picturesque cobbled alleys, artisan shops and neoclassical buildings. To get to Plaka from the Athens International Airport by car, it is estimated at 36 min for the 33.6 km journey. However, coming from other places might take longer.

There are lots of places you can explore in the City of Athens with your rental car. If you want, you can visit some of the exquisite restaurants and pubs in the city. One of the most popular restaurants in the city is Dinner in the Sky, located in Lakchou & Voutadon, Athens. The recorded distance to the Dinner in the Sky restaurant is about 35.6 km, and it is estimated to take about 45 minutes when you visit with a rental car. You can also try other places like Aleria, Alficon, Tudor Hall and so on.

In the city of Athens, you will find only one airport and it is one of the busiest in the country. The only other busy airport in Greece is located in Thessalonica. The airport is connected to over 130 international destinations which include all the major cities in the world. Also, it is a gateway to the more than 25 island destinations such as the Greek islands, Santorini, Astypalea, and Skyros. Some of the most popular flights departing from Athens Airport, are routes to Rome, Munich and Rhodes.

Athens International Airport, also known as Eleftherios Venizelos, got a modern makeover in 2017 which has made it very easy to navigate. The layout of the airport is streamlined, which means that you will spend less time on different tasks such as security and check-in. That way, you will have more time for enjoyment and other stimulating activities such as dining, shopping, unwinding and so on.

In addition to that, you will find a broad collection of car rental companies at the Athens International Airport. Some of these companies include Green-Motion, Clio, Goldcar, ACE Rent A Car, Apollo, Caldera, Sixt, Budget, InterRent and so on. With any of these services, you will enjoy your visit to the city. You can also choose from various rental options like Luxury, Economy, Family, and more.

One of the incredible things about this city is the road condition, which is in top condition. For this reason, you will enjoy smooth rides around the city. However, in Athens, just like most major cities, there is a rush hour between 8:00 and 9:30 in the morning. So, if you are just visiting the country for sightseeing, it is best to avoid the major roads during the rush hour.

To make your trips a lot easier in the city, you should make use of any of the rental cars’ GPS technology and maps (such as Google maps, and so on). That way, you will get the full traffic index of the city, making your move smoother. Also, there are standard speed limits you need to follow whether you are on the highway or driving through residential areas.

Unless stated otherwise, the speed limit for highways is between 100 to 120 KMPH, and 50 KMPH in residential areas. As long as you follow the rules and set speed limits thoroughly, you will not have a problem driving in the city. In addition to that, there are lots of parking options you can make use of and they include short term parking, executive valet parking, and also e-parking available at the airport. The city also offers long term parking facilities, at very affordable prices.