Compare prices on car hire in Greece from all the major brands and find the best deals. When you book through us, unlimited mileage and insurance are always included in the price given. 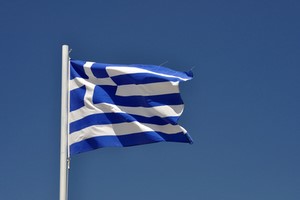 Greece is situated in Southeast Europe, and has 10.7 million inhabitants (2009). It is bordered by Albania , Macedonia , Bulgaria and Turkey , and has coastline on the Mediterranean, the Ionian Sea and Aegean Sea.

Greece consists of both mainland and islands. The mainland is located at the southernmost part of the Balkans and on the peninsula Peloponnesus and the Greek Islands (1425 large and small –   where 166 of them inhabited) is mostly surrounded by the Aegean Sea.Islands, Crete , Rhodes , Corfu , Santorini and Zakynthos are popular tourist destinations in the summer season and attracts tourists with sun and beach holiday, beautiful scenery and historical sites.Greece has less than 17 million visitors annually.

The landscape of Greece consists primarily of mountains, but also lakes and wetlands. The highest point is Mount Olympia – which   measures 2919 m.The country has a typical Mediterranean climate, with mild and wet winters and dry, hot summers. In northern Greece, is a more continental climate.

The capital Athens is located on the Greek mainland, and is one of the world’s oldest cities.The city itself has about 800,000 inhabitants, while the Athens metropolitan area has nearly 3.3 million inhabitants. The city is best known for the famous Acropolis hill – with its historic buildings. Temple of the Parthenon is the biggest tourist attraction here (listed in the period from 447 to 433 BCNOK

Many of the Greek islands have international airports with large charter traffic in the summer season.

Booking of car hire in Greece has never been easier and cheaper. Try the search engine over and get rates from several car rental companies at once. 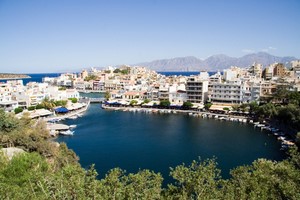 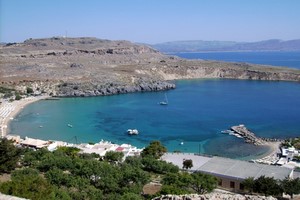