Compare prices on car hire in Eretria from all the major brands and find the best deals. When you book through us, unlimited mileage and insurance are always included in the price given. 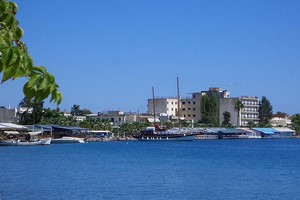 Eretria is a popular seaside resort on the west side of Greece ‘second largest island – Euboea – located right on the east coast of mainland Greece.Two bridges connecting Euboea in Greece itself.

There was a city at the same location is already several hundred years before Christ (mentioned in Homersdiktverk Iliad).It was however destroyed by the Romans in 87 AD .In 1824, it was so built a new Eretria, and today is a modern town at the site with about 6,000 inhabitants. The city’s main income source is tourism.

The main tourist attraction is Eretria Museum, which documents the city’s ancient history. Otherwise, the long beach promenade and the many taverns Eritrea’s most popular destinations. The city is also a natural starting point for trips to resorts further south on the island.