Compare prices on car hire in Miskolc from all the major brands and find the best deals. When you book through us, unlimited mileage and insurance are always included in the price given. 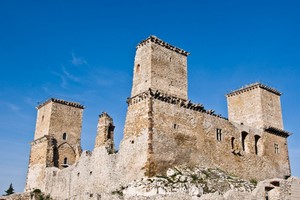 Miskolc is located in northeastern Hungary and is – with approx.180,000 inhabitants – the country’s third largest city. Miskolc is also administrative center in the district of Borsod-Abaúj-Zempléu – and is known in historical sources since the 1100s. Miskolc was granted city status in 1365

Miskolc has a beautiful downtown, where the oldest building is the Protestant Avasi church from the 1200s in the Gothic style. Even the Greek Orthodox Holy Trinity Church (from the end of the 1700s) is worth a visit, especially because it houses its own liturgical museum where one room is filled with exciting icon art. Also, the Roman Catholic Baroque church Mindszent Templom (also from the end of the 1700s are mentioned.

Miskolc has also many interesting art museums to show off – in addition to the performing arts has been a main priority in the city. Music Palace (Zenepalota) is a cornerstone of the city’s cultural life. It is a monumental building that contains both a famous music institute and a large concert hall. If not, Miskolc National Theatre in a classical building dating from around 1850 – while the famous puppet theater Csodamalom located in an old theater building in the center.