Compare prices on car hire in Hungary from all the major brands and find the best deals. When you book through us, unlimited mileage and insurance are always included in the price given. 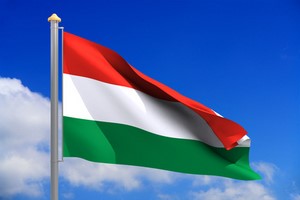 Hungary, which has just under 10 million inhabitants (2009), located in Eastern Europe – and has a common border with Ukraine , Romania , Croatia , Serbia, Slovakia , Austria and Slovakia.The country is divided in two of Europe’s second longest river, the Danube.

The language in Hungary are similar not in the language of some of the neighboring countries, but is akin to Finnish and Estonian.

The eastern (and much of the southern) parts of the country consists of fertile plains (the Great Hungarian delete, “Puszta”), which means that agriculture is one of the country’s most important industries. Also in the northwest, the landscape is flat and fertile (The Little Hungarian delete) – while the relatively high mountains dominate the north, and partly also in the west. In addition to the Danube, the river Tisza in Eastern Hungary one of the country’s lifeblood.

The capital Budapest , which is located north of the country, the Danube, has 1.7 million inhabitants.It is considered one of Europe’s most beautiful cities – and is also Hungary’s premier tourist destination. Other major cities are Debrecen, Miskolc, Szegend, Pecs and Gyor.

The main airport in Hungary is Budapest Ferihegy International Airport , located just outside the capital.

We offer a wide range of car hire in Hungary from budget cars to luxury cars, convertibles and 4WD’s in Budapest, Debrecen and Gvor.