Compare prices on car hire in Cork from all the major brands and find the best deals. When you book through us, unlimited mileage and insurance are always included in the price given. 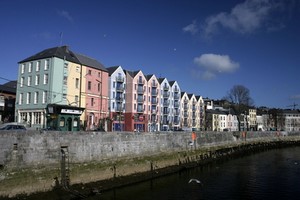 The city’s shopping street in St. Patrick’s Street is known for its architecture and pedestrian-friendly shopping street. It was originally built over one of Lee’s channels.   County Hall was long the tallest building in Ireland , while on the other side of the river is the longest building in Cork: Atkins Hall. The most famous building in town is the church tower of Shandon. Other notable attractions include City Hall is built from the Cork Opera House and Elizabeth Fort. University of Cork is also a popular tourist attraction. In November, the annual film festival held.

Cork Airport is one of Ireland’s main airports and is located in the southern part of the city in Ballygarvan, eight miles outside the city center.