Compare prices on car hire in Limerick from all the major brands and find the best deals. When you book through us, unlimited mileage and insurance are always included in the price given. 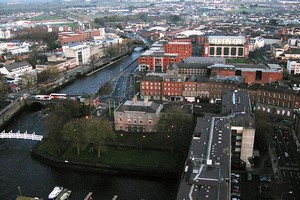 Limerick is situated on the River Shannon in southern Ireland , 200 kilometers southwest of the capital Dublin .Limerick is Ireland’s third largest city. The center area has approx. 53,000 inhabitants (2006), while the surrounding county of Limerick counts 87,000 inhabitants.

Limerick was founded by the Vikings’ arrival in 812, but has probably been living in the past. In the 1200s came the Normans and restructured and built King John’s Castle and St. Mary Cathedral. The city also has a second cathedral, St John’s from 1861. It was designed by Philip Charles Hardwick, and is Ireland’s tallest spire at 94 meters. Shannon is best known for being a special poem form, and one of Ireland’s most famous sporting arenas: Thomond Park. It was here that Munster Rugby won the European Cup in rugby twice. There are good conditions for salmon fishermen in the area and the Park People’s Park, there are good hiking trails.