Compare prices on car hire in Gorizia from all the major brands and find the best deals. When you book through us, unlimited mileage and insurance are always included in the price given. 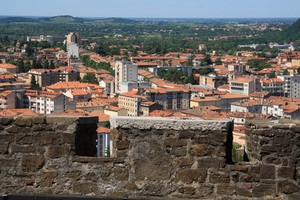 Gorizia is the capital of the province of Gorizia belonging to the region of Friuli-Venice Giuila lies at the foot of the Alps. The region is located in northeastern Italy , bordering Slovenia and the inner bay of the Adriatic Sea.Gorizia is located in the region’s southeastern corner and extends along the Slovenian border with the River Isonzo west of the city and the border in the east. There are nearly 150 km to Venice to the southwest, and the population of Gorizia is estimated at approx. 35000 (2009).

Gorizia was built in the 1000’s, but several of the historic buildings were destroyed during the 1 and 2 World War II, including the city’s cathedral. The cathedral was built in the 1200s, but only parts of the original building survived 1 World War II. A famous landmark is the medieval castle which is located within the ancient walls, stretching back to the 1200s. After 2 World War II the city was divided in two and given to, respectively, Italy and Slovenia.