Compare prices on car hire in Slovenia from all the major brands and find the best deals. When you book through us, unlimited mileage and insurance are always included in the price given. 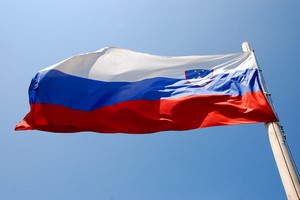 Slovenia is located in southern central Europe and has 2 million inhabitants (2009). It borders Italy to the west, Croatia to the south and east, Hungary to the northeast, and Austria to the north.In addition, Slovenia’s coastline on the Adriatic Sea in the southwest.

The landscape of Slovenia consists of mountains, forests and plains – where the mountains are the Alps in the north. The country’s highest mountain – Triglav – situated 2864 meters above sea level   Slovenia has a Mediterranean climate on the coast in the south, alpine climate in the mountains and inland climate in the rest of the country – with hot summers and cold winters.

The capital Ljubljana has 268,000 inhabitants (2008), and is centrally located in the country between the Alps and the Adriatic Sea, the River Ljubljana.The capital is Slovenia’s largest city and the country’s cultural, scientific, economic and political center. The town is most famous for its medieval castle situated on a hill, and beautiful picturesque bridges spanning the River.

Other major cities in the country are: Maribor, Celje, Kranj, Velenje and Koper.

Car-hire.net has a wide selection of rental cars in Slovania in the larger cities. Some of the cars on offer are small budget cars Peugot 107 and Ford Fiesta of convertibles and luxury cars like BMW 3 series and Mercedes C200.