Compare prices on car hire in Sardinia from all the major brands and find the best deals. When you book through us, unlimited mileage and insurance are always included in the price given. 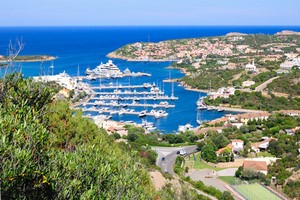 Sardinia is the Mediterranean’s second biggest island after Sicily. Sardinia is located between Spain , Italy, Tunisia and south of Corsica. 1.6 million live in Sardinia (2005), 165,000 of them in the capital, Cagliari. Sardinia’s highest peak Punta la Marmora in Gennargentu massif is located 1,834 meters above sea level.   Sardinia has bilfergeforbindelse to Palermo , Naples , Civitavecchia, Livorno, Marseille and Genoa .

Sardinia was ruled by the Catalan kingdom of Aragon between 1323 and 1409 Thus the town of Alghero populated by Catalans, and language is still used today. Sardinia is known for its beautiful and glamorous beaches. There are excellent conditions for wind surfers and kiters in the Isola dei Gabbiani. Visitors can see Santa Barbara cave dive at national parks in the south of Capo Sandalo, or go sailing. Sardinia has its own grape type that is similar to Sherry.

Cagliari Elmas Aeroporto is located seven kilometers from Cagliari, in the far south of the island.