Compare prices on car hire in Tunisia from all the major brands and find the best deals. When you book through us, unlimited mileage and insurance are always included in the price given. 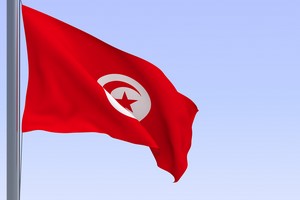 Tunisia is the northernmost country in Africa. The official language is Arabic, while French has the status as a secondary language. Tunisia, which has a population of 10.5 million (2009), bordered to the west and southwest of Algeria – and in the east to Libya. The country’s 1300 km long coastline in the north and east is the Mediterranean Sea.

The most fertile part of the country can be found near the coast, where they grow such oranges and olives. In the south, however, it is very dry – and the southernmost tip extends as well into the world’s largest desert, Sahara.

When it comes to the climatic conditions, the northern part of Tunisia typical Mediterranean climate with mild, rainy winters and hot, dry summers. In the south it is a rather harsh desert climate that dominates.   Tunisia’s popularity as a tourist country is primarily related to the many wonderful beaches along the Mediterranean coast. Nearly 7 million visitors come here to vacation each year.

The country’s capital, Tunis , is situated on a wide bay on the Mediterranean Sea.With its 1.2 million inhabitants (nearly 4 million in the metropolitan area) is also the largest city in Tunisia. Close by is one of the country’s main attractions – the ruins of ancient Carthage. Other major cities are Sfax and Ariana.Mention must also be the smaller tourist town of Monastir.

Car-hire.net offers car hire on the above airports and most popular tourist destinations in Tunisia.