Compare prices on car hire in Sicilia from all the major brands and find the best deals. When you book through us, unlimited mileage and insurance are always included in the price given. 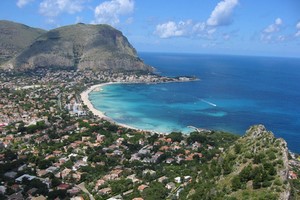 Sicily is an island south of the Italian mainland, the Mediterranean Sea. Sicily is located at the Messina Strait, and the Mediterranean’s largest island. The island is rich in mountains, and in the east, Mount Etna, Europe’s most active volcano, 3,323 meters above sea level. It has high seismic activity.

The island’s biggest cities are Palermo , Catania and Messina.A total of five million inhabitants (2005) live on the island who have self-control. 650,000 of them live in the capital Palermo. Sicily has boat connections to several Italian cities, as well as Tunisia and Malta .

Sicily is known for being the seat of the Italian Mafia. The well-known gangster film The Godfather in 1972, which was made by Francis Ford Coppola was filmed here. Giuseppe Tornatore film classic Cinema Paradiso is also added to Sicily. The island is known for having a warm and pleasant climate. Sicily is also famous for its cuisine and sweets like Cannoli, Cassata, arrancini and wine.It also produced lemons, olives, oranges and grapes among others

Palermo and Catania have international airports.