Compare prices on car hire in Nagasaki from all the major brands and find the best deals. When you book through us, unlimited mileage and insurance are always included in the price given. 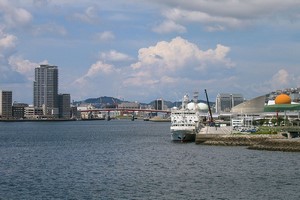 Nagasaki is located on the west coast of Kyushu. Nagasaki is the capital of the prefecture of the same name. 451,000 inhabitants live in the city (2006).   The port city of Nagasaki exports of coal, cement, textiles, and imported oil.

Nagasaki is known for the atomic bomb dropped here on Aug. 9, 1945, three days after the world’s first atomic bomb hit Hiroshima. 1 / 3 of the city was destroyed, and 39,000 killed and 45,000 injured. The city has a peace park to commemorate the event. Nagasaki was founded by the Portuguese in the 1600s, and was the Emperor’s naval base.   Nagasaki is also the setting for Puccini’s Madame Butterfly piece. Among the attractions are Nagasakis Oura Church from 1864. It is considered one of Japan’s most beautiful buildings, and is also known as the Church of the 26 martyrs. The Roman Catholic Church is one of the oldest in Japan , and was built for the forgotten Christians who were killed in 1597. Mountain Inasa, located 333 meters above sea level can be reached by cable car.

Nagasaki Airport is located 18 kilometers from Nagasaki in the center of the city of Omura.