Compare prices on car hire in Japan from all the major brands and find the best deals. When you book through us, unlimited mileage and insurance are always included in the price given. 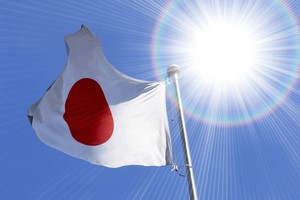 Japan is situated in eastern Asia, the Pacific, and has 127 million inhabitants (2008). Japan consists of several islands, where the largest is Kyushu, Shikoko, Honshu and Hokkaido. Honshu is the largest island. In addition, the country has over 3000 islands. The country has coastline on the Sea of ??Japan (with regard to the Pacific).

The landscape of Japan is mountainous and the highest mountain – Mount Fuji – situated 3776 meters above sea level The climate is generally temperate, with four seasons – where winters are cold. Southernmost part of Japan, however, has a subtropical oceanic climate, with warm winters and hot summers.

The capital Tokyo is located east of the island of Honshu, and has 12 million inhabitants.Tokyo is the country’s center for finance, commerce and industry. The two rivers Sumida and Tama runs through the city.

Familiar sights in Tokyo’s Meiji Temple from 1867, the Imperial Palace and Tokyo Tower – an observation tower on 333 meters.

Japan has its unique culture – both in art, music, dance and crafts. The country also has a unique culinary tradition. Many tourists travel to Japan in the spring – when the beautiful cherry trees bloom.

The most visited cities in Japan are Tokyo, the port city of Hiroshima , Kanazawa, Kyoto , Nagasaki , Nara (many Buddhist temples and historic buildings), Osaka, Sapporo and Sendai.

Car Hire in Japan has never been cheaper. Try the search engine above to find surprisingly low prices for car hire all over Japan.