Compare prices on car hire in Tokyo from all the major brands and find the best deals. When you book through us, unlimited mileage and insurance are always included in the price given. 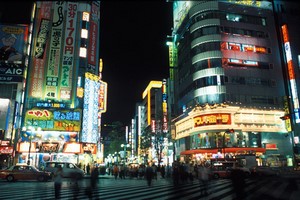 Tokyo is located on the southeast coast of the island of Honshu, near Tokyo Bay. Tokyo is Japan’s capital and one of the country’s largest port cities.It forms part of the world’s largest metropolitan area, Keihin, which has 34 million inhabitants. The Tokyo is about. 8.5 million inhabitants (2006). Tokyo is the center of the road and railway network. The highway connection between Chibahalvøya and Kawasaki city of Tokyo Bay.

Tokyo is one of the world’s largest financial centers. It is also known to be a center for production of electronics and automobiles, among other things Not unexpectedly, a Tokyo Musem of electric power, TEPCO Museum. Tokyo is also famous for Tokyo Disneyland, located east of the city. Tokyo also has attractions such as the Imperial Palace in the middle of town, with shop street Ginza as a neighbor. Borg excavators and parks caller emperor’s residence. The city has several cultural institutions that include National Museum, theaters and symphony orchestras and several temples. Tokyo Tower is 333 meters high.