Compare prices on car hire in Kenya from all the major brands and find the best deals. When you book through us, unlimited mileage and insurance are always included in the price given. 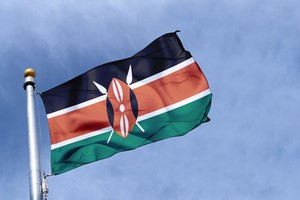 Kenya is located in the eastern part of Africa, at the equator – and with a coastline on the Indian Ocean. The country has a population of just under 40 million (2009) – and has a common border with Somalia, Ethiopia, Sudan, Uganda and Tanzania. There are two official languages ??in Kenya: Swahili and English.

In particular, the beautiful scenery and rich marine life that have made Kenya one of Africa’s most popular tourist country. Among the pearls is Africa’s largest lake, Lake Victoria, located in the border area between Kenya, Uganda and Tanzania. In this area (mostly on the Tanzanian side of the border) is also Africa’s most famous national park – Serengeti. Mount Kenya (5,199 m) –   Africa’s second highest mountain, located in the middle of the country.The mountain is also the center of another large national park.

The capital of Nairobi (about 2.5 million inhabitants) is located in the mountain area between Mount Kenya and Africa’s highest mountain, Kilimanjaro (5,895 m) – which has its top in Tanzania, but close to the Kenyan border.Kenya’s second largest city is the port city of Mombasa (approx.800,000 inhabitants).

Kenya is located in the tropical climate zone, but because of the diverse landscape – where there is both a coastline and several thousand meters high peaks – it is also very large climatic differences between the different parts of the country.

Car-hire.net offers car hire at these airports and in major cities of Mombassa and Nairobi.