Compare prices on car hire in Moldova from all the major brands and find the best deals. When you book through us, unlimited mileage and insurance are always included in the price given. 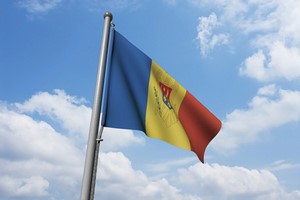 Moldova is a landlocked country in Eastern Europe, and has 4.3 million inhabitants (2009). It is bordered by Romania to the west and Ukraine to the north, east and south.Moldova has no coastline, but it is a short distance to the Black Sea through Ukraine.

The country’s official language is Moldovan (Romanian) – but there are also spoken Russian and Ukrainian in some districts.

Moldova has gently rolling countryside in the central parts of the country and in the north, and the highest point is Dealul Balanesti – located 429 meters above sea levelOtherwise Moldova consists of lowlands with plains and swampy areas. Moldova has mostly a temperate climate with relatively cool winters and hot summers.

The capital of Chisinau is located in the country by the river Bic, and has 710,000 inhabitants.The city is Moldova’s political, administrative, economic, scientific and cultural center.

The country’s only international airport is the Chisinau International Airport, located 13 km southeast of the capital.

Book a car rental in Moldova at low prices. The search engine above gives you an instant overview of available rentals and rental cars.