Compare prices on car hire in Ukraine from all the major brands and find the best deals. When you book through us, unlimited mileage and insurance are always included in the price given. 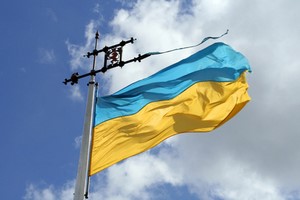 Ukraine is in Eastern Europe, and has 45.7 million inhabitants (2009). It is bordered by Russia , Belarus , Poland , Slovakia , Hungary , Romania and Moldova , and has a coastline on the Black Sea and Sea of Azov to the south.The landscape in Ukraine consists of fertile plains, steppes and plateaus. The only mountain range lies to the west, where the highest peak is Hoverla (2061 m).

It has mostly a temperate climate, with the least rainfall in the east and southeast. However, it is the Mediterranean climate on the coast of the Crimean peninsula in the south.

The capital of Kiev is located in the northern part of the country – by the river Dnepr. Kiev has 2.7 million inhabitants (2009) – and a host of tourist attractions. Features include   museums, a planetarium, opera, theaters, botanical and zoological gardens.Cave Monastery, founded in 1015, and St. Sofia’s Cathedral from the 1200s are among the most popular sights in town. These are also listed as a UNESCO World Heritage Site.

Odessa is also the country’s most popular seaside resort.

Book a rental car in Ukraine at a guaranteed low price. Prices quoted are compared from several companies and include necessary insurance and unlimited mileage.