Compare prices on car hire in Heerlen from all the major brands and find the best deals. When you book through us, unlimited mileage and insurance are always included in the price given. 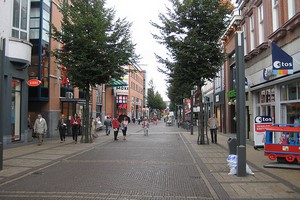 Heerlen is a city 20 kilometers northeast of Maastricht .Heerlen is situated in Limburg province near the border with Germany .94.000 residents live in the city, 270,000 with the suburbs.

From ancient times was Heerlen a Roman city. For 2000 years ago there was a military settlement that gave the city the name Coriovallum.Maastricht was the center of the eastern coal field in Limburg, Oostelije Mijnstreek, but coal mines are closed today. Now Heerlen part of a new prosjetk called Parkstad Limburg, which will make the city greener.   Heerlen is not surprising, attractions such as a mining museum, in addition to the theater, and the castle Hoensbroek including In the middle of August held Booch festival here. Visitors can hike in Terworm, region, riding on black horses in Bbenzerade, or check out the geological and archaeological museum.