Compare prices on car hire in Venlo from all the major brands and find the best deals. When you book through us, unlimited mileage and insurance are always included in the price given. 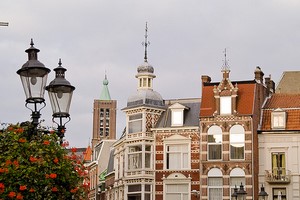 Venlo is a city on the Maas River, east of Eindhoven .The city is located southeast of the Netherlands to the border with Germany .92,000 inhabitants live in the city in Limburg province (2005).

Venlo is perhaps best known for Venlo-case, an incident during the Second World War which revealed the UK’s connection to an assassination attempt against Hitler by Burgerbraukeller. Venlo was an important trading post along the river Maas in Roman times. The town was granted city status in 1343 and from 1364 it was in Berlin. The city has several beautiful medieval buildings such as St. Martin’s Church and Town Hall. Other attractions include The Theatre Maasport, Limburgs Museum and Van Bommel. In February, keeps the city, which in 2003 was voted the Europe’s most green city, carnival, and in August held a summer party, Zomerparkfeest in Venlo largest park, a four-day festival of music, film, dance, art, among other things

Dusseldorf Airport is 42 kilometers from the city of Venlo.