Compare prices on car hire in Christchurch from all the major brands and find the best deals. When you book through us, unlimited mileage and insurance are always included in the price given. 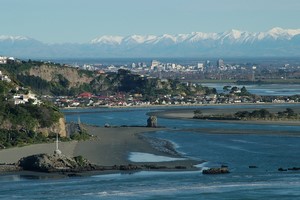 Christchurch is located on the east side of South Island, Canterbury region. The coastal city has 340,000 inhabitants and is the South Island’s largest city. It is also New Zealand’s second largest city. Christchuch is ten kilometers northwest of the port of Lyttleton in the southern end of Pegasus Bay.

Christchurch is also known as the “Garden City of the Plains” because the city serves as a supply base for research in Antarctica. The city was founded in 1848 has attractions such as Scott’s base, an art center, theater,   Cathedral Christchurch and Christchurch Casino.In February the city hosts the festival romance, in November, it is both carnival and horse racing. The city is a good starting point for those who want to ski on the island. Christchurch has a temperate climate with an average temperature of 22.5 degrees Celsius in January and 11.3 degrees in July. The city has about 70 days of frost per year