Compare prices on car hire in New Zealand from all the major brands and find the best deals. When you book through us, unlimited mileage and insurance are always included in the price given. 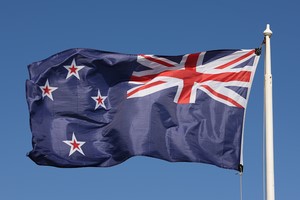 New Zealand is an island nation located in the southwest Pacific, and has 4.2 million inhabitants (2009). The country consists of two main islands – North Island and South Island, and several smaller islands. New Zealand is a geographically isolated country, and the nearest “neighbor” is Australia , located 2000 km away.

New Zealand has a multicultural nation, and the official language is English. The landscape consists of the fjords, snowcapped mountains, rivers, geysers, volcanoes, rain forests and long sandy beaches. The highest peak is Aoraki / Mount Cook (3,754 m), located on the South Island. North Island is less mountainous, but here is the active volcano Mount Ruapehu ..

New Zealand has a unique flora and fauna, as well as many national parks.

The country has a subtropical climate in the north, with long, hot summers and short mild winter.The summer season lasts from November to April. In mountainous areas the climate is colder with freezing temperatures in winter. A more temperate climate found in the south.

The country’s capital, Wellington , situated at the southern tip of North Island and has 385,600 inhabitants in the metropolitan area (2008).Wellington has many cultural and historic buildings – as well as museums, art galleries and annual festivals. The city is also famous for its film and theater industries.

Wellington is the country’s 3 largest city of Auckland (which is north of North Island and has 1.2 million in the metropolitan area) and Christchurch (which is the largest city on South Island with 350,000 inhabitants).

New Zealand has international airports in the cities of Wellington, Auckland and Christchurch. The country’s largest and busiest airport is Auckland International Airport , located 20 km south of the city.

Car-hire.net offers car hire at most tourist destinations in New Zealand. When ordering through Car-hire.net you are guaranteed a low price on car since we compare multiple providers.