Compare prices on car hire in Oslo Gardermoen Airport from all the major brands and find the best deals. When you book through us, unlimited mileage and insurance are always included in the price given. 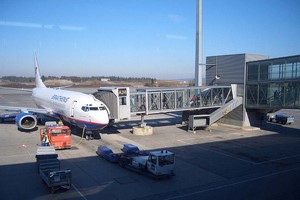 Oslo Airport Gardermoen (OSL) is located at the airport, on the border between Nannestad and Ullensaker municipality, about 50 km north of Oslo .It is the largest airport and second largest in the Nordic countries by Kastrup in Copenhagen .There are regular train and bus between Oslo and the airport. Car rental company Hertz, Europcar, Sixt, Avis and Budget is located in the arrival hall at the train station. 18.1 million passengers visited Oslo Airport Gardermoen in 2009. The airport was opened in 1998 and offers direct flights to 94 different international destinations and 23 domestic destinations. It is the main base for Norwegian Air Shuttle and SAS. Plans call for a new terminal 2 will be completed in 2013 which means that the Oslo airport will be able to accommodate 28 million passengers. Some popular destinations are Stavanger , Bergen , Trondheim , Tromso .Some popular flights abroad are: Alicante , Malaga , Rome , Pisa and Mallorca . Oslo Airport Gardermoen, has about 20 stores and about 20 different bars, cafes and restaurants. Other amenities include wireless Internet, banks and three lounges. There are several sculptures around the terminal building and is known for its “sound showers” installations that plays nature sounds if one is under. Radisson SAS Airport Hotel is just 100 meters from the terminal building.