Compare prices on car hire in Kielce from all the major brands and find the best deals. When you book through us, unlimited mileage and insurance are always included in the price given. 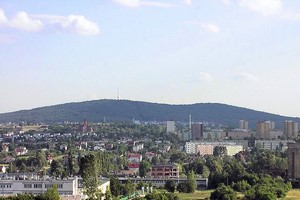 Kielce is located 150 kilometers south of Warsaw at the foot of the Lysa Góra mountain.Kielce is the capital of the region Swietokrzyskie, and has a total of 212,000 inhabitants. Kielce is situated on the River Silnicas width.

The former mining town has been inhabited since the year 500 AD Kr, but was first incorporated as a city in 1384 The city has been on both Austrian and Russian hands. Before the outbreak of the Second World War the city had a Jewish population of approx. 20,000, when the Red Army captured the city in January 1945, there were only two back. Palace of Krakow Bishops was built in 1637, and is preserved in its original form. The National Museum has a collection of paintings by Polish artists of the 1700s to the 2000s. There are also military equipment. The area around Kielce is located not less than five geological nature reserves, and mountains Swietokrzyskie of 600 meters. They are among Europe’s oldest.