Compare prices on car hire in Mirandela from all the major brands and find the best deals. When you book through us, unlimited mileage and insurance are always included in the price given. 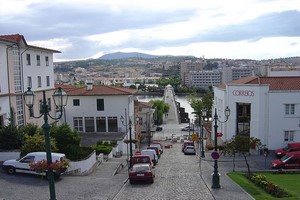 Mirandela is a town in the hinterland east of Porto , situated on the River Tuas widths.Nearly 11,000 live in the city who also goes by the name of Garden City.

The beautiful city has several festivals. In July honors the Nossa Senhora do Amparo by lysprosesjon with candles and fireworks that will be the region’s most spectacular. Miranda is also known for its regional cuisine, which is known to the court with traditional sausages, alheiras. The surrounding area, as the typical village, Romeu, is well worth a visit. Every summer the city hosts the European Championships in jet ski on the river Tua.

The nearest airport is Aeorporto do Porto 127 km away.