Compare prices on car hire in Peniche from all the major brands and find the best deals. When you book through us, unlimited mileage and insurance are always included in the price given. 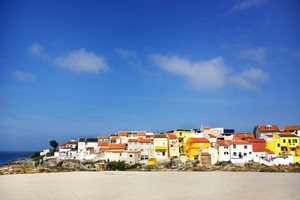 Peniche is a small municipality north of Lisbon, on the Atlantic coast.28,000 residents live in the municipality, 15,000 of them in the city center.

Peniche is known for its long beaches and activities such as surfing, kite surfing and windsurfing. There are good waves. Supertubos is one of the fastest and most powerful waves in Europe. Berlengas Islands off the coast of Peniche, belongs to the municipalities. The islands were some of the world’s first natural areas that had a protected status. In summer, there is a ferry from Peniche. Peniche has been an important fishing village for centuries, and the port with its traditional windmills, churches and beaches have inspired artists such as Maurice Boitel. Stone formation Nau dos Corvo on the coast is one of Peniche landmarks.