Compare prices on car hire in Ponta Delgada Airport from all the major brands and find the best deals. When you book through us, unlimited mileage and insurance are always included in the price given. 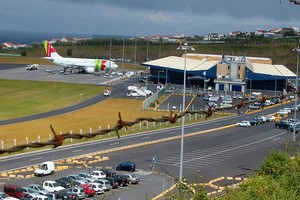 There are about 10 shops at Ponta Delgada Airport selling everything from fashion to local products, and 3 different restaurants and cafes. Other amenities include a bank and post office. There are no hotels at the airport.