Compare prices on car hire in Sines from all the major brands and find the best deals. When you book through us, unlimited mileage and insurance are always included in the price given. 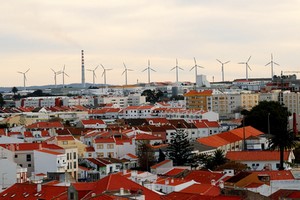 Sines is a small town about 160 kilometers south of Lisbon, the Alentejo coast. Sines is a part of the national park Alentejo is situated on a cliff. 14,000 people live in Sines.

Its history goes back to Roman times when it was called the sinus.

The castle on the hill was built by King Pedro, who began it in 1362. Sines is perhaps best known for being the birthplace of Vasco da Gama, who was born in this very castle. Until 1970 there was a fishing village with a long tradition. It has a large marina, which is the only thing between Setubal and the Algarve. Neighboring city of Porto Covo has a nice coastline.Each summer, FMM Sines, a world music festival held in Sines. It draws thousands of fans and musicians each year.