Compare prices on car hire in Oradea from all the major brands and find the best deals. When you book through us, unlimited mileage and insurance are always included in the price given. 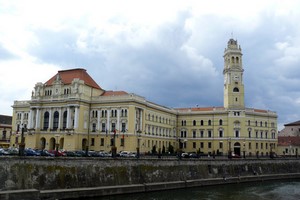 Oradea is a city located in the northwestern part of Romania and t ilhører county of Bihor.It is only 13 km to the border with Hungary , and the city is located on both sides of the river Cri?ul Repede.In 2009 the population estimated to be over 200 000 The city was built around a castle from 900’s and was the seat of the Roman Catholic bishop in 1083

Oradea is a beautiful and rich city with many landmarks. Museum of the Crisana Region occupies one of the most amazing buildings called Palatul Episcopal’s about means “bishop’s palace” and was built in the 1700’s.There are also several beautiful, historic buildings, including Biserica cu Luna, or Church of the Moon in English. One of the most famous buildings is the star-shaped fort Cetatea Oradea from the 1500s that has many underground passages. The city is also known for several health resorts situated at the hot springs.

Approximately 5 km from the city is Oradea International Airport.