Compare prices on car hire in St. Petersburg from all the major brands and find the best deals. When you book through us, unlimited mileage and insurance are always included in the price given. 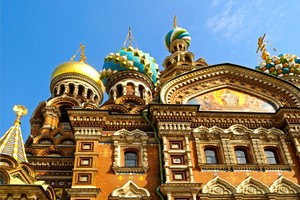 St. Petersburg is located just west of Russia , until the head of the Gulf of Finland.The city is the second largest in Russia and the third largest in Europe. In 2008 the population measured at over 4.5 million within city limits. St. Petersburg was founded in 1703 and was the capital from 1712 to 1918. The state went to Europe’s largest city Moscow after the Russian Revolution of 1918.

St. Petersburg has been called a cultural capital and rightly so. The beautiful town limits with many attractions, both museums and kid-friendly activities, including a museum of art and culture as well as the Zoo Leningrad Zoo. In St. Petersburg there are over 500 bridges as the city is in many small islands. Old Town should pay a visit and is listed as a UNESCO World Heritage list.

The airport in St. Petersburg is located approximately 17 km outside the city and called Pulkovo Airport.This is the fourth busiest airport in Russia after the three that are located around Moscow.