Compare prices on car hire in Dammam from all the major brands and find the best deals. When you book through us, unlimited mileage and insurance are always included in the price given. 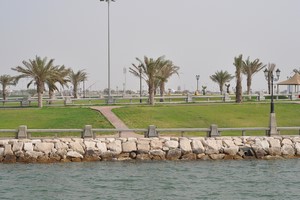 Dammam is the oil capital located on the east coast of Saudi Arabia and bordering the Persian Gulf.The city is the capital of Eastern Province is a region far east of the country. Eastern Province is the most oil-rich region in the world, and Dammam began to grow from a fishing village to a city when it was discovered oil in 1938. The harbor is one of the largest in the Persian Gulf, and today is home to approximately 840 000 inhabitants in Dammam (2009).

From museums to Dammam offer including the National Museum which covers the city and the country’s history and culture. In addition, visitors pay a visit to the Heritage Centre, Dammam, which houses a restaurant and the Regional Museum of Archaeology and Ethnography of historical artifacts. Half Moon Bay Amusement Park and Al Hokair Fun Lake are a few of the many major amusement parks in Dammam, and there is also a dolphin center and a zoo.

King Fahd International Airport is the world’s largest airport in the area and is located about 20 km outside the city.