Compare prices on car hire in Saudi Arabia from all the major brands and find the best deals. When you book through us, unlimited mileage and insurance are always included in the price given. 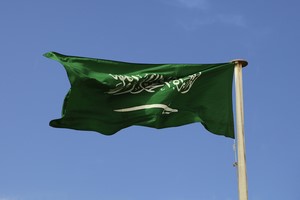 Saudi Arabia (about 24 million inhabitants in 2007) located in Western Asia, specifically in the Arabian Peninsula. It is bordered by Kuwait, Iraq and Jordan in the north / south – and to Yemen, Oman and United Arab Emirates in the south / southeast.In the east – by the Persian Gulf, where Saudi Arabia has a long coastline – the country has also a common border with the “Lilliputian states” Qatar and Bahrain. The country’s longest coastline is found along the Red Sea in the west.

A large upland plateau extends throughout the country’s length – and the Red Sea. There are both high mountains (especially in the southwest) and vast areas of sandy desert. The highest peak, Jabal Sawda, located 3,133 meters above sea level Towards the Persian Gulf, the landscape for some dominated by swamp and salt areas.

The climate in Saudi Arabia is predominantly dry and hot, but the interior can be fluctuations between day and night temperatures become very large. The country is poor in precipitation. Apart from the period November-January rains practically not.

Saudi Arabia’s main attractions are linked to the cities of Mecca and Medina , which in Islamic tradition is perceived as sacred.In Mecca there are also the holy Kaaba stone. Otherwise the capital Riyadh , which is fairly middle of the country, Saudi Arabia’s largest city (approx. 3.5 million inhabitants).The nearly equal Jeddah (approx. 3.4 million inhabitants) is located on the Red Sea, and is the country’s main seaport.