Compare prices on car hire in Medinah from all the major brands and find the best deals. When you book through us, unlimited mileage and insurance are always included in the price given. 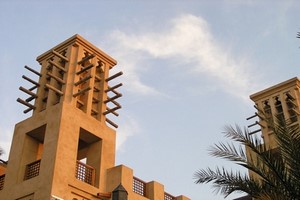 Medinah has a central location in the western part of Saudi Arabia .The city is located in a lush oasis about 180 km east of the Red Sea and means “the Prophet’s city.” In 622 AD Kr. Prophet Muhammad fled to Medinah after being banished from Mecca, which is located approx. 330 km south of Medinah. Today the city has a population of approximately 1,300,000 (2007).

Medinah is the second holiest city in Islam after Mecca and the Prophet Muhammad was buried here, which allows pilgrims on their way to Mecca, a trip to Medinah. The tomb of the Prophet and his daughter Fatima, the beautiful Mosque Prophet’s Mosque is the most famous building in the city. There are many religious sites in Medinah that only Muslims can visit, such as Masjid Quba, who was the first mosque that Muhammad himself was involved in building.

Prince Mohammad Bin Abdul Aziz International Airport is the fourth busiest airport in the country is about. 15 km outside Medinah.