Compare prices on car hire in Ta’if from all the major brands and find the best deals. When you book through us, unlimited mileage and insurance are always included in the price given. 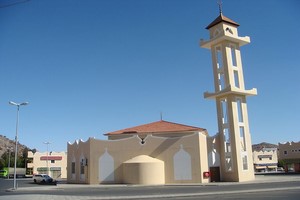 Ta’if is a town down approx. 530,000 inhabitants in the western part of Saudi Arabia , 70 km southeast of the holy city of Mecca.Ta’if, situated on a plateau 1,880 meters above sea level, has been around since ancient times.

The city has grown rapidly in recent years, and it is focused on facilitating increased tourism. Recreation areas must be especially the popular King Fahd garden mentioned. It covers an area of ??175,000 m2, which includes an artificial lake, play areas for children, a beautiful park and a mosque. A little south of downtown is also Al Rudaf Park, a nature conservation area, where there is a small zoo.

Of historical interest is Abdullah ibn Abbas’ tomb is the most visited. He was the prophet Muhammad’s cousin. The graves of two of Muhammad’s sons, who both died in early childhood, is preserved.A historical memory that can be linked to Muhammad, is Wadi Mitna – a place where he hid from his enemies in the year 619 ADNOKToday there is a small mosque there.

In the “souk”, the ancient trade in the inner city, it is a busy shopping environment – and you can make some good purchases. It is especially manufactured goods like carpets and pottery that is sold here.

Ta’if Regional Airport is a small airport 30 km northeast of the center. From here there are regular scheduled connections with the capital Riyadh.