Ljubljana is a beautiful town which hosts a number of international and local car hire and car rental offices. As a tourist or local, you are guaranteed of cheap and safe travel for your road trip or site visits around the city. The car hire and rental hire offices run all the way from the airport to the town. 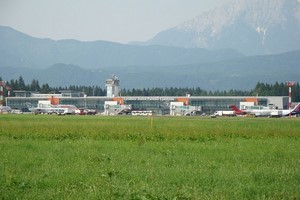 Ljubljana is Slovenia’s capital city and so far the largest city in the country. It is located in central Slovenia in the Ljubljana basin which is just between the Karst and the Alps mountains. The capital city has a population of about 288,308 as per the 2016 count making it the most populated city in Slovenia. Slovenia is bordered by several countries such as Italy 124 miles /199km’s away, Austria 205 miles/330km’s away, Croatia 283 miles /455km’s away and Hungary which is 63 miles/101 km’s away.

Since independence, Ljubljana has been the central point of Slovenia’s culture, politics, education, economics and administration. The city hosts various ethnic groups such as Slovenes who occupy 83% of Ljubljana, followed by the Serbs, Croats and Bosniaks among others who are mainly immigrants from former Yugoslavia. The official language spoken in the city is Slovene followed suit by Italian and Hungarian. When it comes to religion, this religion hosts a large number of Muslims and Christians mainly Catholics.

Ljublijana is a special city with a humid climate due to its oceanic location. Its temperatures range from 21 degrees to 32 degrees throughout the summer. June and July are its warmest months, with June and October being the wet months and January and February recording its driest months. Winter falls in from December and ends in February. With this climate calendar, you can comfortably choose the best months to visit the serene and beautiful city of Ljubljana.

Ljubljana city is a friendly city with a calm atmosphere that is occupied by very hospitable residents. It is a city full of surprises with nice scenic places and the home of many caves such as the Postojna cave that makes this city special. This is the main tourist attraction in this area and is visited by millions of people every year. Other pleasant places to visit in the city include the Ljubljana Castle, Dragon bridge and The National Museum of Slovenia.

There are many beautiful and breathtaking places you can visit while you are in Ljubljana. Some of these sites include Tivoli City Park: This is an attractive park and Ljubljana largest park with a few noticeable buildings and numerous bird species. It stretches to Roznik District to the west, Siska district to the north, the Vic district to the south. This is a 5 minutes drive with a rental car from Ljubljana as it is only 20 minutes away with a road distance of 26.7km/ 16 miles.

The Ljubljana Zoo is a protected nature park and a home of over a hundred species with five hundred animals. It occupies 20 hectares of land with walking parks of 6.5km. The park is 5km’s /3.5 miles away from the city and can be accessed with a rental car in 5 minutes. Once you’re here, you will enjoy exhibits such as the children’s zoo if you have kids with you, Menage, incubation house, wildlife hotel and a puddle.

Before you leave Ljubljana, make sure you visit its biggest castle” The Ljubljana Castle”. You can actually see it when you are at the city’s downtown as it acts as a landmark of this big town. The castle is 4km’s /2,4 miles away from the city centre and a ten minutes drive using your rental car.

There are several airports that you can use to get into Ljubljana, such as the Ljubljana airport which is the only international airport around. It is situated on the northern side of the city with a distance of 16 miles/26 km apart. It will only take you 30 minutes’ drive from this airport to the city. Once you land and search for car rentals, you will find agencies such as Adria, Sixt and Budget all renting out at friendly prices. Once you get your car, you can drive into hotel Galleria and Austria Trend Hotel for your stay.

You can get into Ljubljana via Venice airport which is 142 miles southwest to this city. It will take you approximately 2 hours and 30 minutes to get to the city using car rental/ hire from agencies such as Fox rental, Hertz car rental and Thrifty car hire. On your way from the airport you can visit St. Mark’s Basilica which is Europe’s best drawing-room as per Napoleon’s description and the Rialto Bridge.

Get to Ljubljana via Treviso Airport which is 230km/229 miles from the city. Once you land to the airport, hire or rent a car to take you to Ljubljana which will take you two hours and 30 minutes. You will be lucky to find the cars from Treviso car service, Hertz car hire, Gold car rental agency and Europecar Treviso car rental agency. On your way, you can visit Piazza Dei Signori for some delicious pizza and The city walls and gates to see the three main gates that include Porta Altinia, Porta Santi Quaranta and Porta San Tommaso.

Ljubljana has quality and well- made road network that is secure for travel. You will find properly marked highways which link to other cities and states. Just like Europe, the road signs as well as the traffic rules go hand in hand with each other. Nowadays the roads are usually crowded with the increase in the number of cars in the city.

There is always heavy traffic on rush hours and on the weekends with very minimal and expensive parking in the city. However when the roads are clear and when driving on the highway you have to adjust your speed accordingly. Inbuilt areas, the speed limit is 50k/h, outside built areas 90km/h, for dual carriages they have to stick to 110km/h and 130 km/h when it comes to motorways.