Compare prices on car hire in George from all the major brands and find the best deals. When you book through us, unlimited mileage and insurance are always included in the price given. 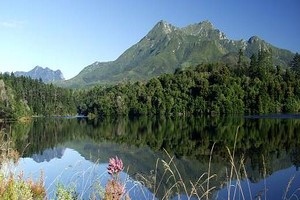 The city of Georgetown is located in the province of Western Cape, the extreme south of the country, a few miles from the Indian Ocean. George har140.000 inhabitants (2010), situated midway between Cape Town in the west and Port Elizabeth in the east.From the city has both the proximity to the majestic Outeniqua Mountains in the north and the sandy beaches of the Indian Ocean in the south. This makes George a very popular tourist town.

The city is also located right in the world-famous and scenic “Garden Route” section, which runs along the southeastern coast of South Africa , from Mossel Bay to Storms River.The most common is to drive along the Garden Route, but you can also take the steam train “Outeniqua Choo Tjoe” – that runs from George to Knysna – and passing some of the most picturesque scenery in the country.

George is also known for its many golf courses – where the Fancourt Golf Estate is the most famous. The city or a museum of steam locomotives – “Outeniqua Transport Museum.” The center has good shoppingmuligher, both in stores and in the shopping center.

From the center it is only 8 km to Victoria Bay – the province’s great swimming and surfing paradise.

The city has its own airport – George Airport, located 10 km outside the city center.