Compare prices on car hire in Johannesburg Airport from all the major brands and find the best deals. When you book through us, unlimited mileage and insurance are always included in the price given. 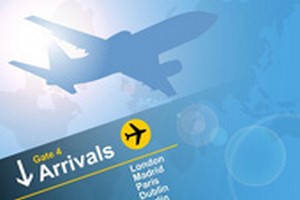 Tambo International Airport (JNB), also known as Johannesburg International Airport, located 22 km east of Johannesburg. There are minibuses that run between the airport and Johannesburg. The car rental companies are present at the airport are Avis, Budget, Europcar, Hertz, Imperial, Khaya, National, Sizwe and Tempest. 19,440,000 passengers visited Johannesburg Airport in 2007, and it is the busiest airport in Africa. It is the main South African Airways (SAA) as well as some smaller airlines. The airport has been renovated because of the football World Cup in 2010. From Johannesburg, a travel directly to about 32 destinations worldwide, including cities in all continents. Johannesburg Airport has plenty of dining and drinking venues and shops. Other amenities include a chapel, mosque, bank, post office, wireless internet, business center, medical center. Transit Hotel is located on the terminal, while 5 star Airport Sun InterContinental Hotel is located near the terminal building.