Compare prices on car hire in Klerksdorp from all the major brands and find the best deals. When you book through us, unlimited mileage and insurance are always included in the price given. 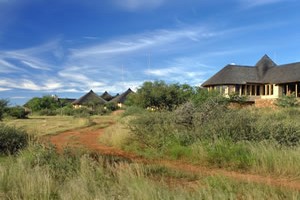 Klerksdorp is situated in the province of North West in South Africa , and has approximately 175,000 inhabitants (2009).The city is the financial and industrial center in the province.

Klerksdorp was founded in 1837, and in 1886 gold was found in the area. This led to a gold rush – with thousands of gold miners came to town.

Today, the gold mines from the 1880’s a major tourist attraction in the city, where Goudkoppie (Gold Hill) – located near the highway N12 – is one of them.

Klerksdorp Museum is another popular attraction. The museum is housed in a building dating from 1891 (which was used as a prison until the 1970s). Here one can see interesting exhibitions of archaeological, geological and historical artifacts.

15 km outside the city lies the nature reserve Faanes Meintjies, who has more than 30 animal species and ca.150 different bird species.