If you’re the type that loves to explore new places, then Valencia should be your next destination. This is because the city has several attraction points that can give tourists a good time. One of the major concerns that may pop into your mind is transportation within the city. However, with car hire or car rental service, you do have to worry a bit. In this article, we will how rental car services work in the city. 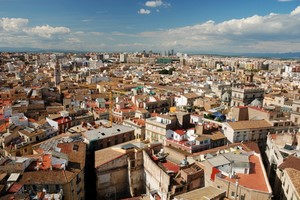 Valencia is the third-largest city in Spain with its municipal areas covering an area 51.99 sq mi while the urban area covers 242.78 sq mi. It is also the capital of the autonomous community of Valencia, and there is a population of over 2.5 million people living in the city. On the map, Valencia is situated on the banks of the Turia, a river which is located on the eastern coast of the Iberian Peninsula. It has the largest port throughout the entire Mediterranean western coast which handles over 20% of Spain’s exports.

Despite the effects of the 2008 economic crisis, Valencia has quite a good economy. About 84% of the revenue generated in the city is from service-based sectors such as telecommunications. Despite this, there are still several small and medium-sized industries scattered all over the city. Well-known for manufacturing textiles, chemicals, shipbuilding and brewing, the city was designated the 29th fastest-improving city in entire Europe. It is also among the world’s Beta-rank cities due to its influence on entertainment, fashion, media and education. The city’s GDP per capita (for the metropolitan) is $28,141 while the overall GDP amounts to $52.7billion.

Climatic conditions in Valencia are good as the city experiences a subtropical Mediterranean climate. The winters are usually short and mild while the summers are long, hot and dry. There is an average sunshine duration of 2,696 hours per year. Summer in Valencia usually begins from April and lasts till November. Owing to the Foehn’s phenomenon and the fact that the city is in the southern part of the Mediterranean Sea, the winters are usually very mild. The coldest months are December, January and February, with the temperature hitting 8 degree Celsius at night.

The people of Valencia referred to as Valencian are friendly and welcoming. The city hosts different events all year which will keep you entertained throughout your entire stay. Valencia’s is a bilingual city and the official languages used in the city are Valencia and Spanish. However, few of the people living in the city are capable of speaking the English language, so you don’t have to worry much regarding communication with the people. Valencia has a gastronomic culture, and the Valencians love food as well as sports such as football and rugby.

There are several amazing places that you can tour in Valencia, and the good thing is that these places are not too far from each other. One of the most popular tourist attraction points in Valencia is the Ciudad de las Artes y las Ciencias. This is an impressive centre dedicated to scientific as well as cultural exhibitions. There is also the Cathedral of Valencia which is a gothic church dating back to the 13th century. The distance between the cathedral and the Ciudad de las Artes y las Ciencias is 3.2km (2miles), and it takes 9 minutes drive.

If you are a lover of nature, then you can also visit Bioparc Valencia which is a 25-acre zoo that houses thousands of animals and wildlife. For those that love historical collections and art, the Palacio del Marqués de Dos Aguas (National Ceramic Museum) is a good place to visit. It was opened in 1947, and there are several interesting items on display. The museum also showcases over 5000 different Valencia traditional potteries as well as those of the surrounding areas. The zoo and museum are 5km (3.1miles) apart, and it takes a 12minutes drive from each other.

Another amazing museum in Valencia is the Museo de Bellas Artes which showcases archaeological findings, sculpture and paintings that date back to the 14th century. You will find arts from well-known Valencian artists in this museum. Oceanogràfic Valencia is one other beautiful place to visit. It houses the largest aquarium in Europe with over 500 different marine species. You can drive from the Museo de Bellas Artes to the Oceanogràfic Valencia within 14 minutes as the distance between the two attraction points is 6.2km (3.8miles).

The Mercado Central is a spacious market built in 1928 and it’s also a good tourist attraction point. There are 1300 market stalls within the building where you can get fruits and food ingredients to prepare some of the city’s local delicacies. Besides the Mercado Central, there are also several restaurants and hotels around the city such as the Sercotel Sorolla Palace which is a 4-star hotel for tourists. Among the local dishes in Valencia are Paella, Bunyols and Turrón. The distance between the Mercado Central and Sercotel Sorolla Palace is 5.8km (3.6miles) and it takes about 12minutes to drive.

The city has only one airport, the Valencia Airport (also known as Manises Airport). It is an international airport that is located about 8km (5miles) west of Valencia and also handles domestic flights from the city to other parts of Spain. There are three terminals in Valencia Airport along with several facilities and services including free Wi-Fi connection, Pharmacy and Wheelchair renting service. Among the most popular places that people travel to from this airport are Madrid, Amsterdam, Paris and Frankfurt.

In the airport, you will also find different car rental services such as Europcar, Avis, Hertz, Sixt, Goldcar and Enterprise. These are international car hire companies with a good reputation around the world. Although you can book a car hire service when you get to the airport, we suggest that you do so before landing. Most of the car rental companies in Valencia have online websites where you can easily book a car to hire.

The good thing about booking online is that it is easy and you can easily specify a car model that you want. Besides, the information that you will need is already provided on these car rental websites. However, we advise you to check any car you are renting thoroughly and point out all the damages before leaving with the car. Additionally, you should read the terms and conditions of the car rental service such as the penalty for returning a car late.

Valencia has a good road network and this explains the reason why less traffic is experienced in the city. In most parts of the city, the roads are in good conditions with streetlights and traffic lights installed. All roads that are within the city centre have a speed limit of 30 km/h. For motorways, the standard speed limit allowed is 120km/hr for cars while buses and vans have a limit of 100 k/h.

Valencia uses the same speed limit as with other cities in Spain. If you are driving on a standard interurban rural road, the speed limit is 90 km/hr for car and 80 km/hr for vans and trucks. However, you need to be aware that some roads may have different speed limits. So, always check the road signages for the speed limit that apply to the roads you are plying.

In terms of car parks, there are many public car parks in Valencia, so you do not need to worry much about where to park your car during your tour of the city. However, the price of parking may vary from one park to another, but it is usually within the range of €1 per hour. In some places in the city, where you are unable to find a car park close to your destination, you can check for street parking or go to the nearest park to you and take public transit to your destination.