Compare prices on car hire in Sri Lanka from all the major brands and find the best deals. When you book through us, unlimited mileage and insurance are always included in the price given. 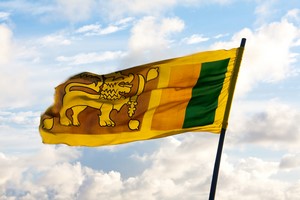 Sri Lanka is a South Asian island nation located in the Indian Ocean. The country has 21.3 million inhabitants (2009), and is geographically south of India .It has over 20 years has been much unrest in the country because of an entrenched conflict between the two largest ethnic groups – Tamils ??and Sinhalese.

The country has generally flat landscape of swamps, lagoons and sandy beaches along the coast. Central to the south is a highland (1000 – 2000 m.), and Sri Lanka’s highest mountain – Pidurutalagala (Mount Pedro) – measures 2524 m.

The island has a tropical rainy climate, with over 18 degrees Celsius all year round. It is slightly lower temperatures in the mountain area.

Sri Lanka has two capitals: Colombo, the country’s largest city (737,000 inhabitants), is the financial and commercial capital – and also the country’s main seaport. The neighboring city of Sri Jayewardanapura – Kotte (118,000 inhabitants) is Sri Lanka’s administrative and political capital. Both cities are located on the island’s west coast.

Choose destination in Sri Lanka in the search engine over and get prices for car hire immediately.