Compare prices on car hire in India from all the major brands and find the best deals. When you book through us, unlimited mileage and insurance are always included in the price given. 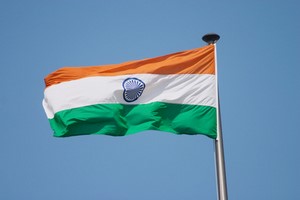 India is South Asia, and has 1.12 billion inhabitants (2009). The country is the world’s second largest state (with regard to population) of China .It is bordered by Pakistan in the west, China, Nepal and Bhutan to the north and Bangladesh in the east.India has a coastal line of Bay of Bengal, the Arabian Sea and Indian Ocean.

India’s landscape is dominated by the high plateau Deccan, lowlands with fertile fields, desert and parts of the mountain range of Himalayas. India has almost a monsoon climate, but also anywhere tropical and subtropical climates. From June to October, the country has a rainy season.

The capital New Delhi is the country’s second largest city, located north of the country.The city has 17 million inhabitants in the metropolitan area. New Delhi is the political and commercial center in the country, and has several famous sights, including Lotus temple with its distinctive architecture.

India’s largest city is Mumbai (Bombay) – with 20 million inhabitants in the metropolitan area.Other major cities in the country is Kolkata (Calcutta), Chennai (Madras), Bengalore and Hyderabad.

India is an exotic and exciting tourist destination. The country offers the sights in the history, architecture, nature and wildlife. India is also a land of contrasts, with many different religions and cultural traditions. West Coast of the country at the Arabian Sea has several popular seaside resorts with sandy beaches, lush palm trees and lagoons.

The country’s main tourist attraction is the beautiful burial grounds of the Taj Mahal, located in the north – near the city of Agra.The temple was built in 1653, and is built of white marble.

Achieve better price by comparing the Car-hire.net. We are one of the widest selection of rental cars at lower prices than our competitors.